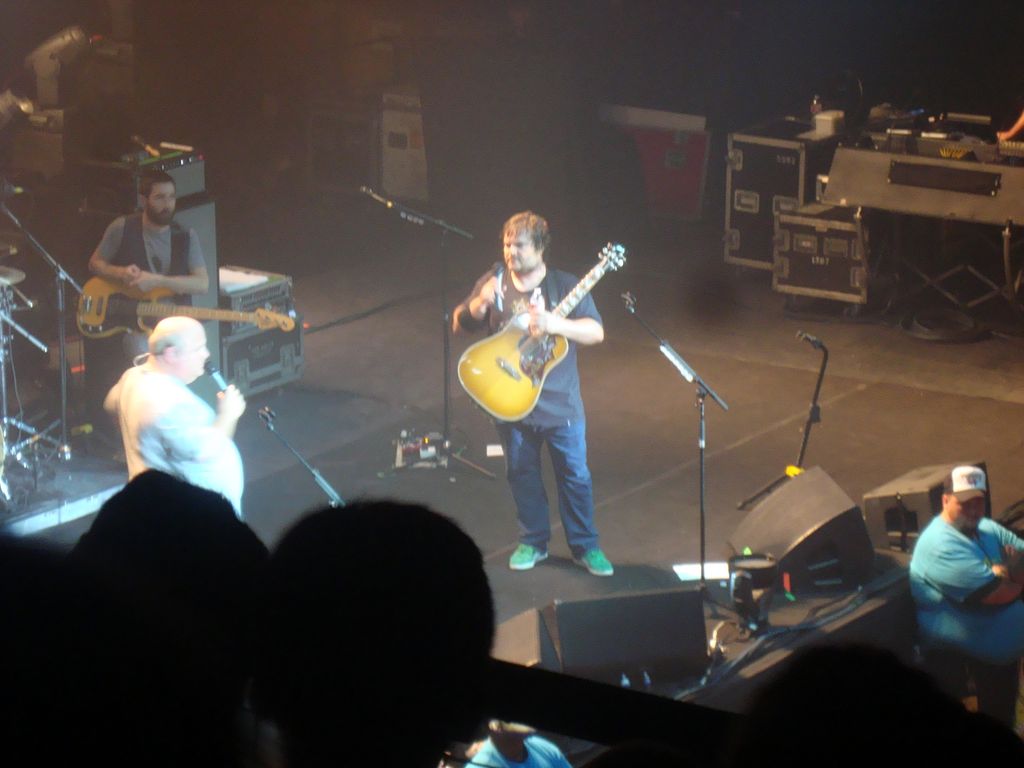 So Wednesday night I had my teeth kicked in with rock music.  Neon Trees did their duty nicely.  But it was only a precursor to the massive ass lacerations that was Tenacious D Thursday night.  Oh man, I missed Jables and Rage Cage when they hit up SXSW so it was a blessing sent from Satan that they decided to come back. It was even worth being cattle herded through the balcony of the Austin Music Hall.

Yes, I was in that fun little area again Thursday night and now I can say that I’m an expert.  When you go to West 6th, just get a parking garage.  That’s what I ended up doing and it served me very well. Now, I’ve been to the Austin Music Hall, I just haven’t sat in the balcony.  Boy was that a mistake.  Between the oversized seating steps and overzealous crowd safety guy flashing his light every time someone tried to find a seat, I realized that I will probably never get the balcony seat again there.

But that cramped seating didn’t cramp my style.  I strolled on in right when The Sights started jamming.  Much like the previous night’s Penguin Prison, they executed their job of warming up the crowd fairly well.  The band kind of reminds me of a Three Dog Night jam more than anything else.  Maybe mix that in with some sweet soul revue.  They rocked alright but I have to admit that it ended up being a little too repetitive for my tastes.  The last song saw the lead singer break out the harmonica for a blues jam and redeemed themselves with me.

My total redemption came at the sight of Tenacious D hitting the stage a half an hour later.  Jack Black and Kyle Gass deserve no introduction.  I think you know who they are.  The big question was how much were they going to play.  The show started way early so I expected them to go at least an hour and half.  They played songs from their latest, The Rise of The Fenix, but they also dipped into almost all of the classics.  They even dropped a couple of surprises like toy saxophone jamming and Star Trek theme singing.

All in all, the stage production and the music production for Tenacious D made it completely worth the cramped seating.  They acted out some great scenes in between songs and always kept people laughing or rocking.  I’m not sure how many more albums we’ll see from these guys, so I’m not sure how often they will go on tour after this one.  If you have a chance to see them, do it.  Tenacious D will blow your fucking assess away.