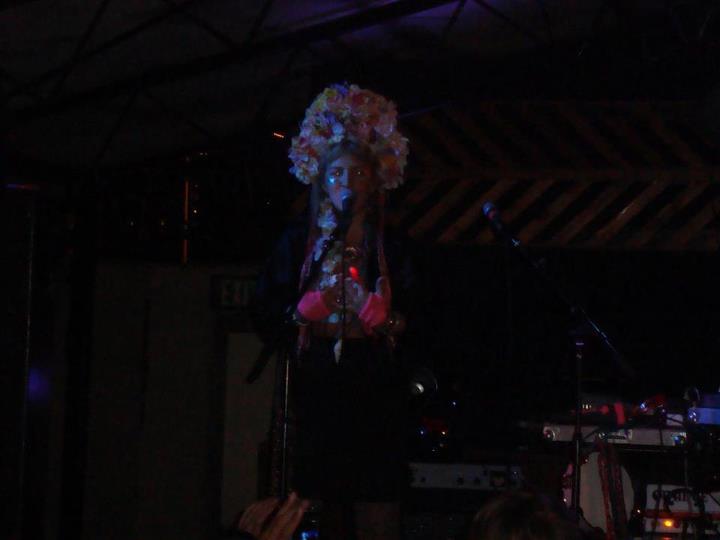 Last Friday was a return treat for me and I had a nice surprise for the headliner.  Yup, it’s been awhile since I’ve seen a show where the supporting act was more interesting to me thank the headliner, but it happened at the Mohawk.  Twin Shadow headlined but I was there to see Niki and the Dove.   Boy it did not disappoint.  Hey but you know what, Twin Shadow closed out the night very nicely.

Nothing much to say around the night’s event except that the Mohawk has a very nice side entrance to let people in with hard tickets.  Remember, get your hard tickets quick because it will save the day quicker than anything else.  Also, while I’m at it, the Mohawk is quite possibly the best bar venue in Austin.  It’s hard to beat its uniqueness and great view from just about anywhere.

So Niki and the Dove started out first.  They had a slightly different line up then what I saw at SXSW earlier this year.  They lost the drummer and I think one more dude.  It was just the two of them this time.  All in all, they put on a helluva a show.  The Drummer is their hit single now but I’m glad they still found time for DJ Ease My Mind, even though it was a faster tempo.  Really if you get a chance to see them, do it now!

No third band for the night which left Twin Shadow plenty of time to close out the show.  The lead singer to me looks like he really wants to be Prince and Lenny Kravitz combined.  He came through a bit.  The songs were well structured and had a total 80s feel to it.  So while it may not have moved the needle for me, they definitely didn’t turn me off.  Plus the light show was pretty cool.

That about wraps up the night.  I’ll see Niki and the Dove every time they roll through town and give a passing grade to Twin Shadow.  Notch another hole in the belt for the summer concert series.  The series is either over or almost over.  I can’t decide.  Do we do official?  or Labor Day.  Oh wait, it’s after Labor Day.  So what an awesome kick off to the fall concert series!  Look for me stops coming soon!