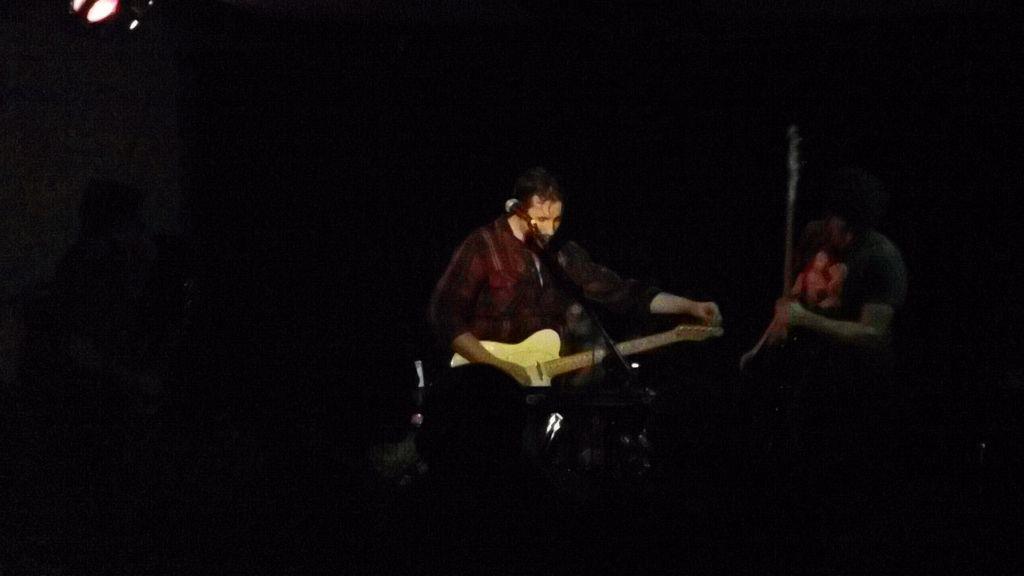 So on November 9th, I was already recovering from both a full Fun Fun Fun Fest and a private whack out with Primus in 3D.  It was not enough to keep me home, however, as it was a day for an intimate performance with The Black and White Years at Lambert’s BBQ.  The last show for the year for those guys saw the debut of some new songs and a good stream of their known jams.  I was there in full tow and got the whole experience.

Okay let me talk about Lambert’s BBQ first.  It’s a downtown Austin food joint that somehow had enough room for an upstairs event space.  One look at the menu revealed a downtown city expensive meat selection.  Nope.  I think the drinks might have been expensive but I don’t really remember.  The event space had a loud ass PA system so I was happy to hang in the back and not have to pay attention too much.

On to the tunes.  Hundred Visions opened up and they blasted my ears right off.  In a good way.  Sometimes you just need some straightforward rock and roll and Hundred Visions gave that to me.  I really have nothing else to say.  The Light That Starts The Day says all that there needs to be said.

So with some heavy duty riffs out of the way, it was time to get quirky.  The Black And White Years got up on stage and kind of awkwardly jerked their way to some funky grooves.  I like to think of them as some kind of stuttering 80s break dancer.  Sure they may look a little off, but man can they move.  It’s most evident on songs like Up! and Steady As It Goes.

They closed out their set with a couple of upcoming songs and we were on our way.  I tend forget just how unassuming an small intimate show could be.  The smells of the BBQ didn’t distract me too well.  Hundred Visions kicked me in the pants and The Black and White Years stood me back up and slapped me silly.