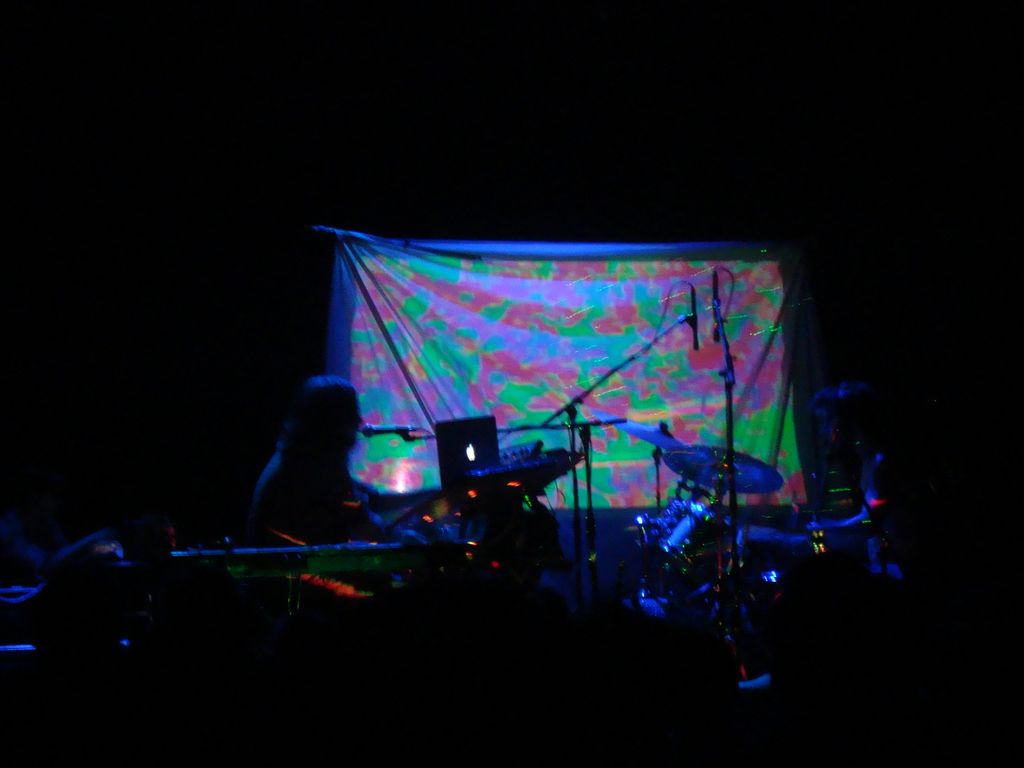 So last Wednesday was a real treat for me indeed.  Nothing epic or mind blowing, just some good ole fashioned noise music.  Some of it was just plain goofy, some of it was more progressive, and the rest was mega heavy.  Yup, I rolled over to Emo’s East to check out the tastiness that was Lightning Bolt, Zorch,and Kokomo.  Well not Kokomo so much, but that’s okay.  My ears rang a good day or two after the event and now I’m into buying a Lucha Libre mask.  Here’s why:

Yup, Emo’s East is doing a better job of telling us just when the bands will go on.  Apparently they like to open real early and then kick the bands off.  Now they are telling us on their website just when the bands actaully go on.  And while I’m at it, I guess they are now just Emo’s, seeing as the others on 6th Street closet down.  That’a fine by me.  They had a hard time selling tickets to the show, though, as they were giving some buy 2 get 1 free deals the day of the show.

Maybe Kokomo had something to do with it.  Or Baby Asprin, as he was calling himself on stage.  So the guy dashed onto the stage with a bunch of twist ties and a jumpsuit.  Okay.  I could see this was going to be an art piece.  He had a stack of nobs and buttons to push while he shimmied along.  I have to say I was not that impressed with the output.   Kokomo did, however, leave me with something I’ve never seen before so he has that going for him.

Next up was Zorch and I still feel bad for the guys.  They opened up strong and evoked images of Mars Volta mixed with ELO for some reason.  But the dang laptop froze up in the middle of the show.  So they had something called the ‘Reset Song’, which was just a long ass drum solo.  That’s fine, I really did enjoy everything around that.  The lesson here, kids, is that if you are bringing laptops to the stage, be sure to have a profile on it that only runs the audio software and lock down everything else.

Lastly, it was the mighty Lightning Bolt.  In all honesty, I was there to check out Zorch and Lightning Bolt provided a nice ending.  It was a drummer in a Lucha Libre mask screaming into a PA microphone and a bass player jamming out some hard rythms.  For the few people that were left, it was mosh city.  You know the crowd is in to it when beer gets tossed into the air.  I think I saw a Telly Tubby there too.  Yup, my head banged to this and now it’s itching for its own mask.